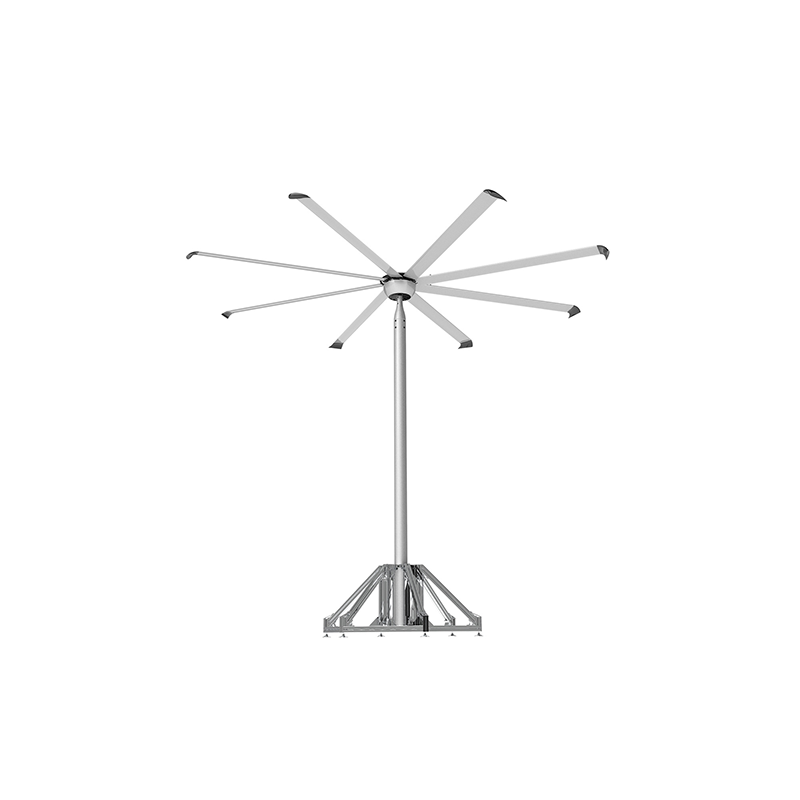 Airpole series pedestal fans are mostly used in outdoor and commercial places. The diameter of the fan can be more than 4 meters, and the huge propeller rotates with great visual impact, which is unforgettable. This is an energy-saving and environmentally-friendly large 4.2m PMSM pedestal fan.


Send email to us

The overall design of Airpole series is like an umbrella, with engine series design concept, which makes the applications wider. Airpole is IP55 certificated, which allow Airpole be used outside.
It is also humanized to be customized as user’s requirements, making it harmonious with the surroundings, stylish, luxurious and modern, it’s popular model and wise choice.

Airpole series fan adopts permanent magnet synchronous motor, which is dynamic, highly efficient, long-life, low noise, especially the feature of power output of unit volume can make the fan be used to those places with strict requirements of size & weight. The excellent features make our fans have a wide range of applications, such as in industrial control field, auto industry and aerospace.

Airpole adopts high performance vector and high frequency carrier technology to make the fan start smoothly and run noiseless. Meanwhile, the control system help the fan has a long life, the model have got excellent feedback from our clients and it’s easy to use, save time, money and free maintenance.

Write your message here and send it to us